Let’s have a SCIENCE-based debate about LGBT issues

If you all you know about gender and sexuality comes from reading headlines, it’s an open and shut case. “‘Gay genes’: science is on the right track, we’re born this way. Let’s deal with it.”“Science Just Proved That Being Transgender Is Not a Phase”. “The DNA test ‘that reveals if you’re gay’” “Check the science: being trans is not a ‘choice’”. “Transgender Identity Is Not a Mental Health Disorder, Study Finds.” “Born This Way? Scientists may have found a biological basis for homosexuality.”

So the nature of homosexuality and transsexualism is settled, incontrovertible, and beyond dispute? Yes, but only in newspapers, not in academia.

A landmark survey of decades of research by two eminent scholars working in the United States claims that many of these assertions are simply not supported by the weight of evidence in scholarly journals. The report was released today by The New Atlantis, a well-known journal of science, technology, and ethics based in Washington DC. The editors have organised what is probably the best single summary of the scientific evidence on LGBT issues published to date. (Click here for a PDF.)

“Sexual orientation and gender identity resist explanation by simple theories,” write psychiatrist Paul R. McHugh and epidemiologist Lawrence S. Mayer. “There is a large gap between the certainty with which beliefs are held about these matters and what a sober assessment of the science reveals. In the face of this complexity and uncertainty, we need to be humble about what we know and do not know.”

The two authors have impressive credentials. Mayer is a professor of statistics and biostatistics at Arizona State University  and has held professorial appointments at eight universities, including Princeton, the University of Pennsylvania, and Stanford. McHugh was psychiatrist-in-chief at Johns Hopkins Hospital from 1975 to 2001 and served on a national bioethics commission during the Bush Administration.

What did they find?

Similarly, the belief that gender identity is an innate, fixed human property independent of biological sex—so that a person might be a “man trapped in a woman’s body” or “a woman trapped in a man’s body”—is not supported either.  Again, there are conceptual problems. Gender theorists argue that gender is not who a person is, but what they do – which underpins Facebook’s decision to offer 56 different gender options. But this quickly becomes incoherent, with genders multiplying like snowflakes, each different, each inexplicable. They write:

“No degree of supporting a little boy in converting to be considered, by himself and others, to be a little girl makes him biologically a little girl. The scientific definition of biological sex is, for almost all human beings, clear, binary, and stable, reflecting an underlying biological reality that is not contradicted by exceptions to sex-typical behavior, and cannot be altered by surgery or social conditioning.”

It is becoming more and more common to encourage children who express gender-atypical thoughts or behaviour to seek puberty blockers, transitional hormone treatment and eventually surgery. This is “iniquitous”, writes Dr Mayer, in one of the rare moments of moralizing in the essay. “The notion that a two-year-old, having expressed thoughts or behaviors identified with the opposite sex, can be labeled for life as transgender has absolutely no support in science.” According to the DSM-5, the reference book for psychiatrists, “In natal [biological] males, persistence [of gender dysphoria] has ranged from 2.2% to 30%. In natal females, persistence has ranged from 12% to 50%.” In other words, some studies showed that at least 88 percent of girls recovered from their gender dysphoria and 98 percent of boys.

With that in mind, it seems reckless to encourage children to transition to a different gender. The mental and physical benefits of such treatment are, at best, modest, at the worst, they are lethal. A Swedish study in 2011 found that people who had “sex changes” were 4.9 times more likely to attempt suicide and 19.1 times more likely to die by suicide compared to controls. The researchers concluded that “Mortality from suicide was strikingly high among sex-reassigned persons.”

In one of the most interesting features of the study, Mayer and McHugh found that non-heterosexual and transgender people have much higher rates of mental health problems (anxiety, depression, suicide), as well as behavioral and social problems (substance abuse, intimate partner violence), than the general population. The quick riposte to this is that these dismal statistics are due to stigma and discrimination. While there may be some truth in this, they hardly account for the entire disparity.

The report contains a significant lesson for Australia, where politicians are debating whether to hold a plebiscite to settle the issue of same-sex marriage. A common argument against a plebiscite and for a simple vote in Federal Parliament is that debate would provoke severe psychological stress among gays and lesbians. What proof is there for such a theory? Very little.

Mayer and McHugh examined American research into the mental health of gays and lesbians in states where same-sex marriage was legal and states which had banned it. The data was inconclusive. One study found that “generalized anxiety disorder” appeared to rise in states which banned same-sex marriage – but, hilariously, drug abuse rose more in states which did not ban it. Another study found that LGBT activism during the election season was psychologically stressful, but the researchers acknowledged that this could have “simply reflected the typical feelings of advocates when they experience political defeat on an issue that they care passionately about.”

This excellent study does not take sides on current legal and public policy controversies. But it does insist that debate needs to be informed by objective science, not partisan scholarship. It calls for more research on nearly 20 critical issues related to sexual orientation and gender identity. It’s a message that needs to be heard: too many lives are at stake. 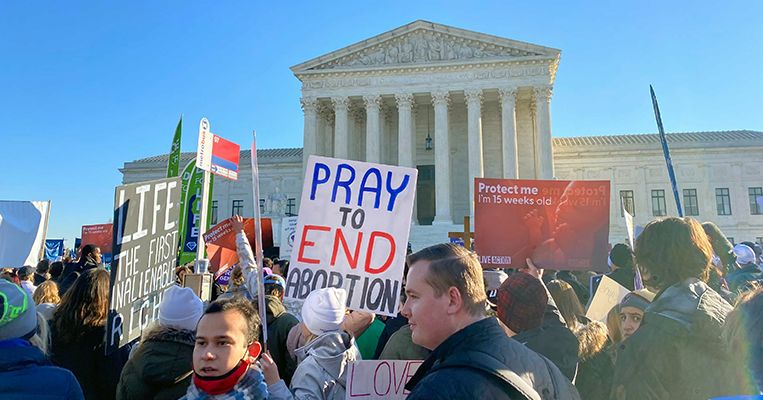